Publishing and the ugly baby syndrome

We’ve all been there. The proud parents show off their new baby and your first impression is that it’s really quite ugly. 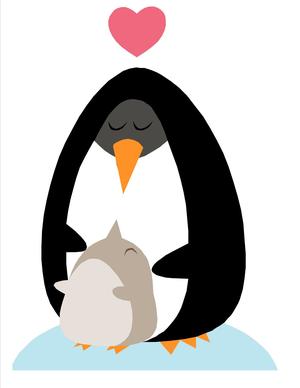 Like me, you’ve probably stuttered a little before forcing out something like, “My! Isn’t that a baby?”

Unfortunately, I’ve had a similar experience when some proud authors have shown me their new “babies”—their freshly printed books.

I find it so painful when I see someone who’s invested a huge amount of effort and money into a book project, and I look at it and say  (to myself) “this has no chance of success!” I’ll probably say something equivalent to “My! Isn’t that a book?”

I can certainly relate because I, too, want my project to succeed (why wouldn’t I?) and am willing to do whatever it takes to succeed because I believe people need to hear my message.

The ones that are most painful to me are the ones where the problems could have easily been fixed with a little intervention ahead of time. Ironically, it’s rarely the raw writing talent itself that is the issue.

I have no problem with investing and spending the money in a project you believe in. But, maybe because of my background growing up on a struggling farm in Saskatchewan, I hate waste. If people go into a project and take risks with their eyes wide open, I applaud their courage. But if they go into a project (willfully) ignorant, it really bothers me.

NJ and I have been doing independent publishing for 14 years—long before “Indie” became a popular term. We differentiated it from self-publishing in that instead of having a self-publishing company “make us a book,” we took full responsibility for all aspects of the publishing process. Which meant of course, that we had to learn about all the aspects of the publishing process, from creating covers to getting ISBNs to finding a distributor. And learn we did, often painfully. But the outcome of all that is we feel we have a very good grasp of what publishing really means.

As well, because of our involvement with The Word Guild, we’ve met many authors and seen their work. We’ve seen some done very well and we’ve seen some with critical mistakes.

We’ve determined that it’s our duty to share what we’ve learned in order to help people have the best chance of success in their projects. We can’t guarantee success, but we may be able to help avoid inevitable failure.

For this reason, I’m putting together a program tentatively called “7 Things You Should Know Before You Self-publish.” The program will include some teaching, which has been delivered at several writing conferences including Write! Canada, and as a webinar. I’ll re-record this session to make it current. I’m also developing a self-check questionnaire to help prospective “Indie” Authors see how they’re doing. And I’m well into a draft of a short ebook to develop the principles further.