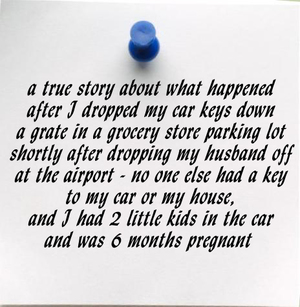 Writers find ideas by exploring topics that stir their passion

Yes, quite a few people get ideas from dreams. However, it’s rare that you get the entire piece from the dream.

Usually, you use the dream as the beginning of whatever you’re writing and go from there, making sure you’re covering all the basics of what makes a story, crafting it so that it becomes the best writing you can do.

In other words, if you’re only writing the dream in order to remember it, that’s fine. But if you want other people to read your work, the dream itself can’t be in control; it is simply the inspiration for what you choose to write.

i have wrote an entire novel off of a dream. People just needed to write what the aspire for untill something stands out is that so hard.

Yeah, that’s the hard part. On the other hand, most ideas can be made to work if you’re serious about them. You just may not end up writing what you thought you were going to when you started out.

Seriously? They have courses on this. Another verification that we’re all different. If I let myself, I could generate so many ideas it would drive me crazy!

Anyway, hope the course and my stuff are both helpful. 🙂

The timing of both is really good for me. I have a very basic beginning for a new novel, and I’m at that wonderful discovery phase. Perfect for incorporating ideas, big and small, to add flavour and direction.

One of the things I’m hoping your blog will address (for me but also for many writers) is the sifting of ideas to choose the best, whatever “best” means for each of us in our projects.

Looking forward to this series. The timing is great, because I’ve just started an online course on brainstorming and discovering new ideas. The ideas are all around us, but I think I’ve been tuning a lot of them out. And it only makes sense that we have to weed through a lot of good ideas to find the bright, shiny great ones that will sustain our passion as we write them and will translate into something readers will value.