Who are you? Writing from the first person point-of-view

Assuming the reader knows who you are is one of the most common mistakes I see both in personal stories and fiction. 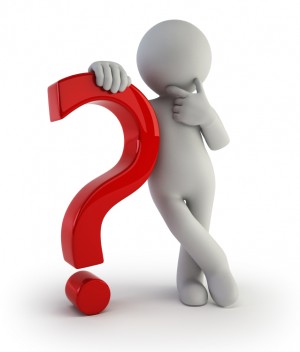 When using the first person point of view, many writers just start telling the story, assuming that the reader knows who “I” is.

I mean, the writer knows who “I” is, so why won’t the reader?

Now, if your audience for your story (or book) is your family and friends, then you might be justified in assuming they know who you are, and you can quit reading this now.

However, if you have any intention of allowing total strangers to read your story, then you have to give a moment’s thought to what they’ll understand when they read a first sentence like “I ran down the road as fast as I could.”

If they don’t know who is writing the story, they won’t know if “I” is male or female, young or old, human or alien, and so forth.

Now, obviously you could tell the reader those things in the next few sentences. But here’s the thing. People often don’t. I’ve often read several pages before finally finding a clue to tell me that the “I” in the story is an older woman or a young boy or …

(Full disclosure. Yes, I’ve done this. In one of my early novels, written from first person point of view, I  went about 10 pages before making it clear that “I” was a man in his late twenties. The editor who was reading the proposal, knowing I was female, assumed “I” was a young female. At the time, I thought she was silly to make that assumption; I now realize that the writer must never assume readers will know what’s going on without concrete clues.)

So what do you do?

You can’t really start with “I’m a 54-year-old woman who has been married twice and I have three grown children. I’m five feet eight and 156 pounds and I have brown eyes and ash blond hair.  And I like dogs.”

Well, you might, but that likely won’t keep the reader reading.

So you have to start with something that will hook the reader, while dropping in a bit of a clue as to who the “I” is. (In fiction, the “I” is known as  the point of view or POV character.)

The key this is you only need the info that’s actually relevant. And most of that time, that’s gender.

This example is pretty simplistic, but we’ll start there.

e.g. “As I opened the door of my Corvette, I realized I’d forgotten my purse.”

Bonus points if you can make the way you give the gender clue fit into the overall theme of the story rather than add it just to give the clue.

So if the fact that she drives a Corvette is relevant to the story, then that’s perfect.

Or maybe the purse is actually important because she also has a gun in it.

1. Read your story as if you were a total stranger who has no idea who you are or what you write.  How long does it take you to figure out who’s telling the story?

2. Read the first few lines or paragraphs of a few novels or personal experience stories and take notes on how those authors told you who the “I” was.