Most of our writing revolves around people in some form or another, so it makes sense that many of our ideas come from people. 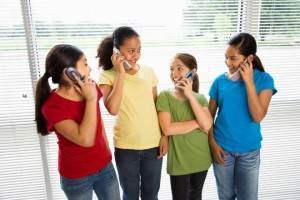 It might be someone we know, or it might be a total stranger we happen to run across once.

The idea could be as comprehensive as discovering something about your mother that makes you want to tell her life story, or as simple as having the odd way a complete stranger backs out of a car trigger an idea for a character.

There are actually numerous outlets for articles about people, whether they’re famous or not. While our society seems to be always looking for new information about celebrities and athletes—sometimes to a ridiculous extent—community newspapers also often include profiles or features articles about interesting residents. Business, denominational, and organizational magazines use articles about members of their group who’ve done something interesting. People write biographies of those they admire, both on a small level—for family and fiends—and on a broader level.

We can also write an article or a short story about someone we know. Maybe watching a young child refuse to give up when trying something new might lead to an article about knowing when to quit, or, conversely, about not giving up our dreams. Or we might take create a character and write a short story loosely based on that young child.

In other words, there’s no end to the ideas we can get from observing other people. And those ideas can be used in a variety of ways, from poetry to drama to articles, biographies, how-to, and all kinds of short stories and novels.

The only “rule” here is that if you’re going to write about another person by name, it’s a good idea to let them know ahead of time. In the case of a casual mention, what you think means nothing might in fact mean a lot to the person involved—either in a negative or a positive way. Of course, if you’re writing a memoir, about something very negative that happened to you, you need to really think long and hard about the effects it will have. That’s a whole ‘nother ball game and I’ll talk more about that later.

If you’re writing fiction, it’s best to disguise the person in various ways so it isn’t obvious who you’re writing about. Unless, of course, the person knows and is fine with it. Some people actually love to  have authors put them into their books, although usually as minor characters, and not the villain.

One way I find new people to write about is to go to shopping malls and sit in the food court. What a terrific way to see all kinds of people —how they dress, how they interact, etc. etc.I don’t know them and they don’t know me, so the chances of anyone recognizing him or herself in one of my stories are extremely low.

This idea came from a complete stranger.

Some years ago, my husband had to go to Cleveland for his job and we decided to drive there. While he was busy, I had very little to do. Plus we had our dog along, so I couldn’t really leave her alone in a motel. So I kind of watched TV and took her for walks. On one of our walks, we met an elderly lady who asked me to help her across the street. I did.

Months later, when I needed to come up with an idea for a column I was writing, I remembered that day and that lady. So I wrote a story of our meeting, and how God had sent me to Cleveland to help an elderly lady get across a street. It was called “God’s Sparrow.” 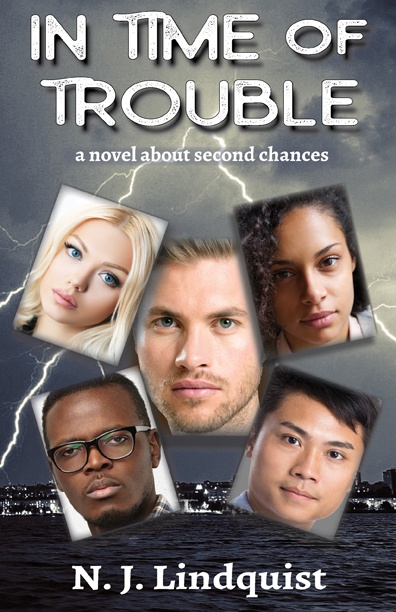 This is a lot more complex.

One of my novels for teens, In Time of Trouble, is very loosely based on a character in another book and on several students I taught years ago.

The book was The Bully of Barkham Street, by Mary Stolz, the sequel to A Dog on Barkham Street. The first book was about a young boy who had to deal with a bully. The sequel was about the bully. I loved both books, but the second really hit me. So often, we cheer for the underdog and forget about the other person involved, who might be hurting just as much, but usually shows in it in less acceptable ways.

When I taught high school, I had a number of students who were somewhat like this bully. On the outside, they appeared to be hard, tough, rude, smart alecky, and were often not doing well in school. I learned first-hand with several of them that the outward appearance was simply a shield protecting the sensitive, troubled person inside.

It occurred to me that I needed to write a version of the book for older readers. I based my book on my students, but the character and the story are completely different. My character, Shane, is a teen who has derailed his own life, gotten himself involved with the wrong crowd, and is now failing at school and getting into more and more trouble at home. Yet inside, he’s sensitive and intelligent enough to see he’s getting deeper and deeper into trouble. The problem is he has no idea what to do and no one to go to for help.

A. Make a list of people you know who have stories that should be told. Consider interviewing them and writing profiles or other kinds of articles about their accomplishments, their struggles, their hobbies, etc.

B. Make a list of interesting people you’ve known or met at some time. Don’t just write down their names; write down the characteristics or mannerisms that make them stand out in your mind.

C. Go to a shopping mall or another location where there are lots of opportunities to observe people. Jot down whatever ideas come to your mind.